What are we thinking about? This winter doesn’t want to end! We are a tiny whiny bit frustrated on the way to the Duo Multicultural Arts Center screening because it’s so insanely cold for Spring. But then, we get all cozy in the front row & enjoy the fascinating Festival Director’s welcome speech. When Michelangelo Alasa says: “Three out of four directors of the short films we’re about to see”, looks at our Maria Dolores Lopez, “Just take the damn picture!”, looks back to the audience, “… are here. So! To refresh your memory about our festival, we hold screenings throughout the year at which the audience is screened four to five films, given ballots & votes. Those films that receive the highest votes at these screening will then be screened at our annual Festival in June 2014.” Yes, we put our double splintery Pinocchio winter memory fuck faces on & vote for a Summer Selection. We are gratefully hopeful & take the damn picture. 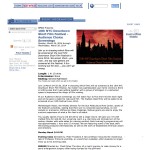 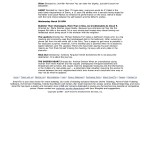 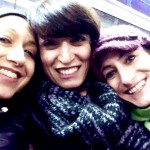 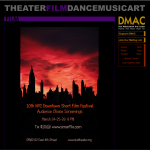 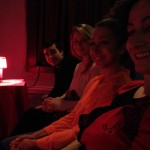 5.16.2014: EXTREMELY FRIENDLY REJECTION EMAIL FROM MICHELANGELO – “Your film has not been selected to be screened at the 10th NYC Downtown Short Film Festival. As a fellow creative person there is not much more I can say to you other than to continue to work hard, stay true to your vision and don’t second guess your choices. We have been so thrilled with the excellent quality of film making we receive every year. Based on this years submissions, film making is in the hands of an amazing new generation of film makers of which you are one.”