… IS THE START OF OUR OFFICIAL NOMINATIONS ERA. A TRIP IN EVERY SENSE. WE WERE VERY PROUD.  BUT ALSO HIGHLY OVERWORKED, JET LEGGED & EMOTIONAL. 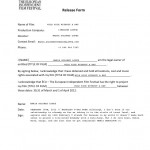 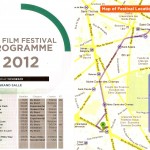 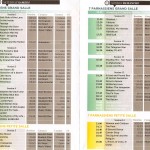 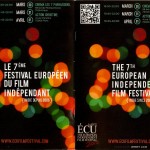 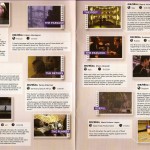 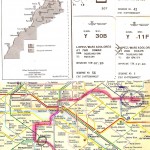 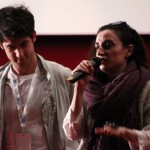 Why easy if you can be Maria Dolores Lopez. Just one day before festival kick-off, she got her visa renewal «problems solved» with the lawyer & USCIS. So, she booked the flight. With 96 hours of sleeplessness in her luggage, due the immense amount of work that had to be done before leaving, she crossed the Atlantic. A quick layover in Casablanca, then Paris, shower, still the same day with no sleep, a little welcome wine apéro with her Parisian girls, then straight to the opening night where she met inspiring filmmakers. Good night sleep after. The festival’s second day «Wild Rice Without A Rat» screening was highly intense; in a big, superpacked theater where people were even standing. Unfortunate at the Q&A after the screening in that same big, packed theater fullest of people – no one in the audience nor the Festival President nor his staff had a question for her. As it was over, she walked way with ignoring the press conference & cried for two hours, before she went to bed consolatory not alone & was happiest the next morning to be in Paris. Two days later, she got back to Casablanca where she stuck for the night, insanely trying to contact USCIS & her boss at the restaurant from STANDING IN A hotel lobby FOUNTAIN because there was the only hot spot. Just too long of a broken wings story, filled with a few Redbulls, glasses of wine with amazing people & moulding experiences which have left her strongly flabbergasted till this day … Priceless.